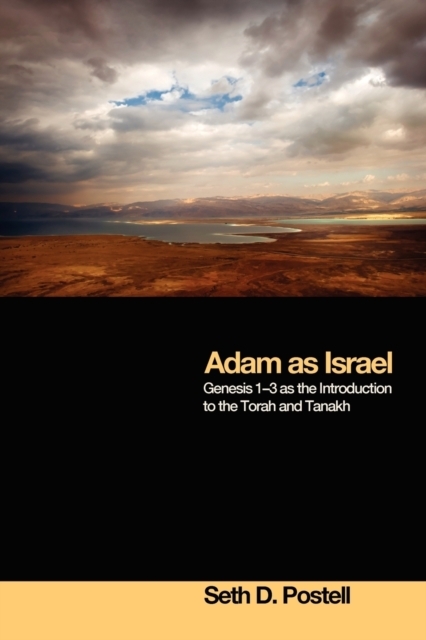 Genesis 1-3 as the Introduction to the Torah and Tanakh

In this text-centered interpretation of Genesis 1-3, Seth Postell contends that the opening chapters of the Bible, when interpreted as a strategic literary introduction to the Torah and to the Tanakh, intentionally foreshadows Israel's failure to keep the Sinai Covenant and their exile from the Promised Land, in order to point the reader to a future work of God, whereby a king will come in "the last days" to fulfill Adam's original mandate to conquer the land (Gen 1:28). Thus Genesis 1-3, the Torah, and the Hebrew Bible as a whole have an eschatological trajectory.

Postell highlights numerous intentional links between the story of Adam and the story of Israel and, in the process, explains numerous otherwise perplexing features of the Eden story.

"Dr. Postell has written a brilliant treatise arguing that Genesis 1-3 serves as the literary introduction to the Pentateuch, and, indeed, the entire Tanakh. He is clearly conversant with all the relevant literature and he makes a persuasive case. This is a work that needs to be read carefully and taken seriously."

"In a stimulating study of the first three chapters of Genesis, Dr. Postell has argued convincingly that they were written as fitting prelude to and portent of the ensuing narrative. Instead of looking to presumed parallel or contrasting ancient creation accounts for its meaning, this study confirms that the opening narratives of the Pentateuch exhibit language and themes coherent with the entire narrative that follows. The persuasive argument expressed here points to the necessity of further studies of similar approach to the Hebrew Bible."

"To anyone who suspects that there is a divine order behind the compilation of the Hebrew Scriptures, this excellent work by Seth Postell will confirm that suspicion. Not only has he carefully described the methodology used in evangelical canonical research of the text, he has built upon the existing evidence to further substantiate the approach. Fresh new insights are always pleasing to the theological senses! Research professors and students alike will be strengthened in their devotion to the sacred text and spurred on to answer the research questions that naturally arise from this work."

Seth D. Postell, formerly Assistant Professor of Old Testament at the Charles L. Feinberg Center for Messianic Jewish Studies (in partnership with Talbot School of Theology), is currently Lecturer in Biblical Studies at Israel College of the Bible in Netanya, Israel.
Lees meer