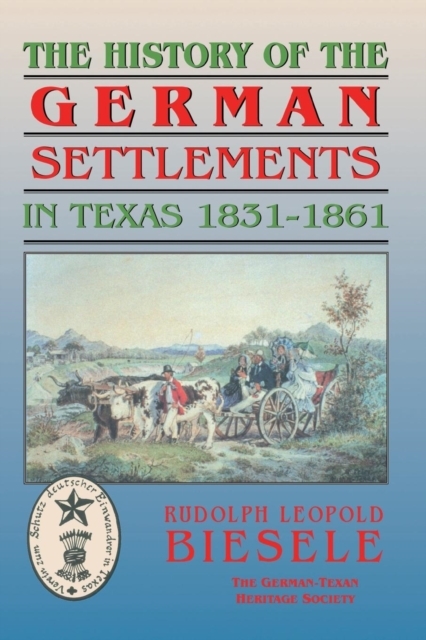 History of German Settlements in Texas Prior to the Civil War

History of German Settlements in Texas Prior to the Civil War

Gratis binnen 30 dagen retourneren
Klanten beoordelen BookSpot met een
Unsatisfactory social, economic, and political conditions in Germany from the close of the Napoleonic period through the revolutionary periods of 1830 and 1848 stimulated immigration to Texas. This book portrays the interest of both German and non-German groups in German colonization in Texas from 1812 to 1840.

The primary interest in founding these German settlements was generated by Friedrich Ernst, who wrote a glowing account of Texas and its advantages to a friend in Germany. The publication and wide circulation of this letter provided the impetus for the immigration fever. A second significant event was the founding of the "Society for the Protection of German Immigrants in Texas," which offered support and advice as well as land to qualified persons desiring to immigrate to Texas.

This account covers the actual founding and history of many German settlements and towns in Texas prior to the Civil War. It is the first and, despite its original publication in 1930, still is the only extensive study of this subject.
Lees meer