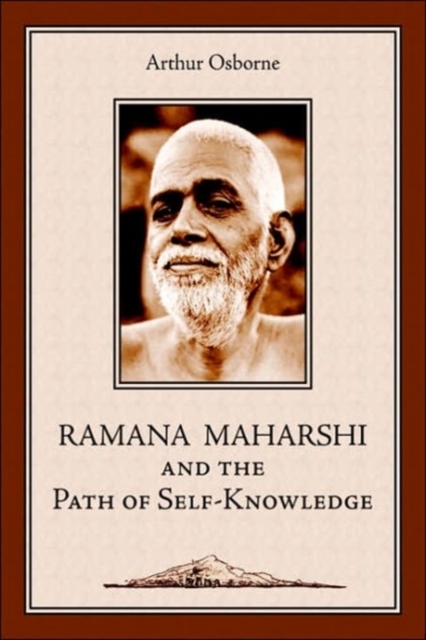 Ramana Maharshi and the Path of Self-Knowledge

Arthur Osborne has packed into this small volume all of the essential information relating to the life and teachings of Bhagavan Sri Ramana Maharshi (1879-1950). The extraordinary teachings of Sri Ramana Maharshi continue to bless the lives of countless seeking souls, and his life fills us with wonder. As a teenager-hardly seventeen-he realized the Self through a spontaneous act of Self-enquiry without conscious effort or special training imparted by a teacher. He left his home (at Madurai) in 1896 and came to Arunachala (Tiruvannamalai), where he lived as an all-renouncing sage in a state of continuous Self-realization for fifty-four years-until his mahanirvana in 1950.

The author includes in this volume instructions given by Sri Ramana to early devotees, such as Sivaprakasam Pillai, Frank Humphreys, Kavyakanta, Natesa Mudaliar, and others, as well as the experiences of Paul Brunton and other later devotees. Sri Maharshi's central message is that Self-knowledge is not something to be acquired afresh. It is only becoming aware of one's own natural state of Pure Being, through Self-enquiry.

Arthur Osborne (1906-1970) was an ardent devotee of Sri Ramana Maharshi and particularly well known as founder-editor of The Mountain Path, the spiritual journal of Sri Ramanasramam. After completing his studies at Oxford, he moved first to Poland, then to Bangkok, where he lectured at Chulalonghorn University and through a friend learnt about French metaphysician René Guénon, whose works dealt comprehensively with Hindu metaphysics, eventually translating into English his Crisis of the Modern World. He later spent four years as a prisoner of war of the Japanese before being united with his family, who were waiting at Sri Ramanasramam, Tiruvannamalai. He spent the remainder of his life there, writing about Sri Ramana and related subjects. He died in 1970, his body much weakened by the effect of his years in the concentration camp.
0 | 0 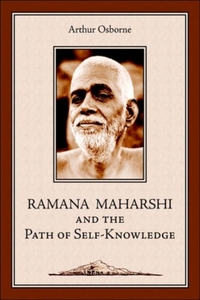