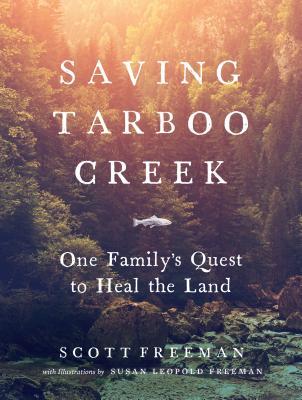 Saving Tarboo Creek: One Family's Quest to Heal the Land

One Family's Quest to Heal the Land

Gratis binnen 30 dagen retourneren
Klanten beoordelen BookSpot met een
How can each of us, as stewards of the land, make a difference that can be seen, felt, and measured? Can working on the land bring us together as a community and make us better people? In 2004, Scott Freeman and his wife, Susan Leopold Freeman, granddaughter of revered conservationist Aldo Leopold, bought 17 acres on Washington's Olympic Peninsula. The parcel straddles Tarboo Creek, a 7.5-mile stream where more than a century of ditching, channeling, and clearcutting had degraded an ancient salmon run. Saving Tarboo Creek masterfully blends two stories of their family's effort to reclaim a small patch of the planet: one, a tale of the realities of rehabilitating a degraded fish run in what was once an old-growth watershed; the other, an account of human resource use over time and what that history means for the future. From witnessing the pageantry of breeding salmon, to choosing creekbank flora for planting, to tracking the return of bears, cougars, and river otters, the Freemans have come to understand the big picture from the sketches they've made at Tarboo Creek. In his conservation classic, A Sand County Almanac, Aldo Leopold observed, "We abuse land because we see it as a commodity belonging to us. When we see land as a community to which we belong, we may begin to use it with love and respect." This moving chronicle stands as a beacon, drawing us down the better path.
Lees meer 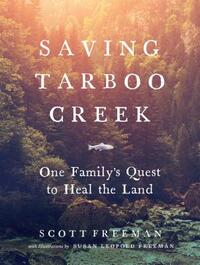