Gratis binnen 30 dagen retourneren
Klanten beoordelen BookSpot met een
The book depicts working class poverty, the lack of social supports, harsh and unpleasant living and working conditions and a hopelessness among many workers. These elements are contrasted with the deeply rooted corruption of people in power. A review by the writer Jack London called it, "the Uncle Tom's Cabin of wage slavery."

This is the novel that Upton Sinclair used to show horrific practices in the meatpacking industry in the first part of the twentieth century. Like most of Sinclair, the book ultimately becomes a paen to socialism. But the man could write, whatever his politics were, and ewww!, the meatpackers were up to no damn good at all anyway. Highly recommended.
Lees meer 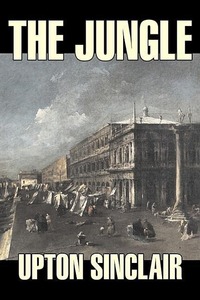