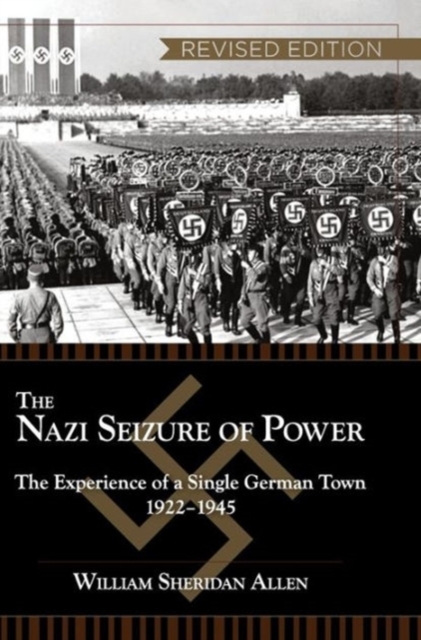 The Nazi Seizure of Power

William Sheridan Allen's research provides an intimate, comprehensive study of the mechanics of revolution and an analysis of the Nazi Party's subversion of democracy. Beginning at the end of the Weimar Republic, Allen examines the entire period of the Nazi Revolution within a single locality.

Tackling one of the 20th century's greatest dilemmas, Allen demonstrates how this dictatorship subtly surmounted democracy and how the Nazi seizure of power encroached from below. Relying upon legal records and interviews with primary sources, Allen dissects Northeim, Germany with microscopic precision to depict the transformation of a sleepy town to a Nazi stronghold. In this cogent analysis, Allen argues that Hitler rose to power primarily through democratic tactics that incited localized support rather than through violent means.

Allen's detailed, analysis has indisputably become a classic. Revised on the basis of newly discovered Nazi documents, The Nazi Seizure of Power: The Experience of a Single German Town, 1922-1945 continues to significantly contribute to the understanding of this prominent political and moral dispute of the 1900s.

William Sheridan Allen (1932-2013), a distinguished scholar of German history, traveled to the small town of Northeim in the 1950s to investigate the true nature of the Nazi Party's rise to power. There he conducted an exhaustive study of local newspapers, periodicals, reports, budget information, crime statistics, and court cases dating from 1922-1945. The Nazi Seizure of Power synthesizes Allen's research. Allen also edited and translated The Infancy of Nazism: The Memoirs of Ex-Gauleiter Albert Krebs, 19232-1933.
0 | 0 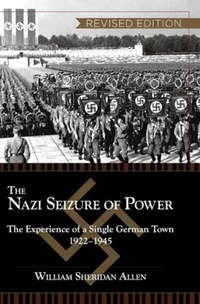