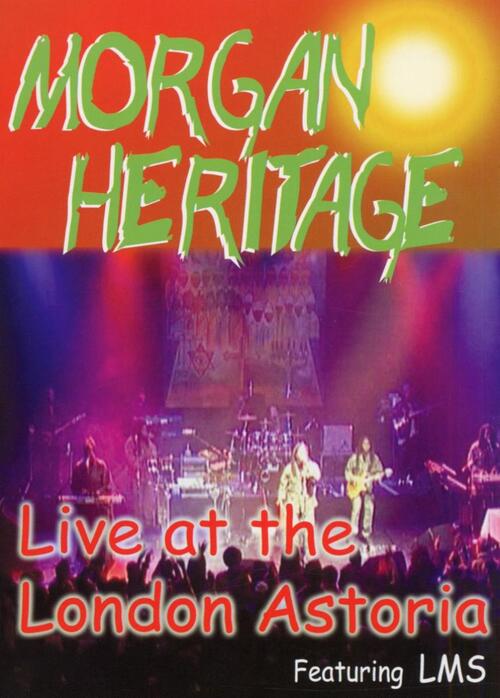 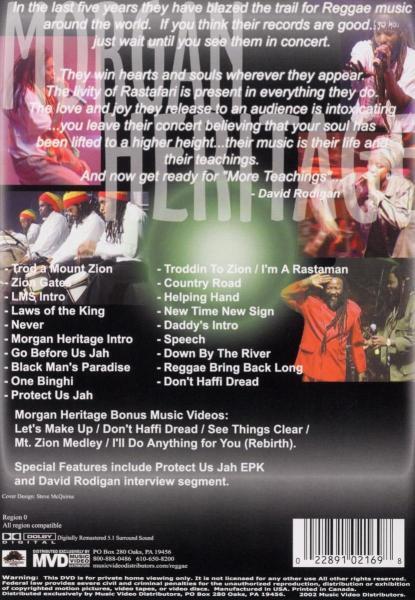 One of the better reggae bands to emerge during the '90 s is Morgan Heritage, as evidenced by their 2002 home video/DVD Live at the London Astoria. As its title states, the release showcases a fine performance at London's Astoria, where the group is joined by reggae artist LMS. The show begins with all of its members at the front of the stage for a rendition of 'Zion Gates' -half playing percussion, the other half singing - while all are dressed in white robes and wearing Rasta hats. But immediately afterward, the concert truly kicks off, as they play fine versions of such tracks as 'Laws of the King,' 'Black Man's Paradise,' and 'Country Road,' among others (intercut throughout the video are interviews with the bandmembers). Also included on the DVD version of Live at the London Astoria are several bonus features - including four music videos, a radio interview, and an inside look at the group's appearance on the 2001 Vans Warped Tour